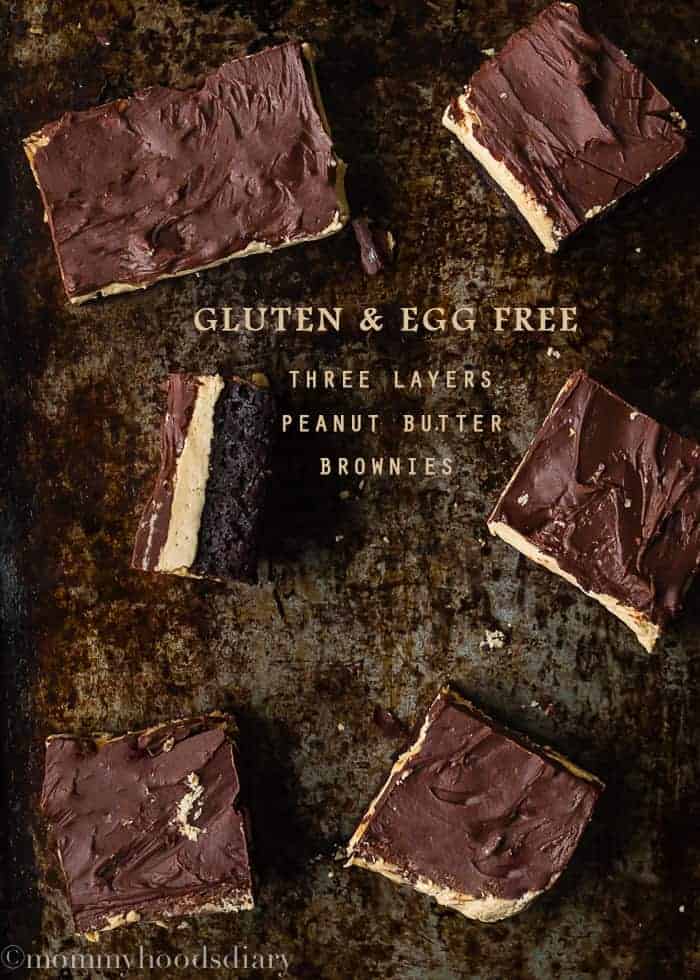 Well… Christmas is over! The presents have been opened, and the end of this wonderful year is just a few days away. That makes me sad. I love December for many reasons. One of those reasons is that it’s the month of our wedding anniversary… Actually, today is our anniversary!!

My husband and I have been together for a really long time, 26 years to be exact; more than half of my life. We were just two kids when we fell in love. Nobody thought, back then, we’d make it. But here we are. We’re still together still going strong.

I’m SO blessed to be married to the Love of my life!

So today, we have many things to celebrate, and what better way to do it than with an obscene dose of chocolate. These three-layers brownies recipe is so chocolatey… it’s ridiculous! 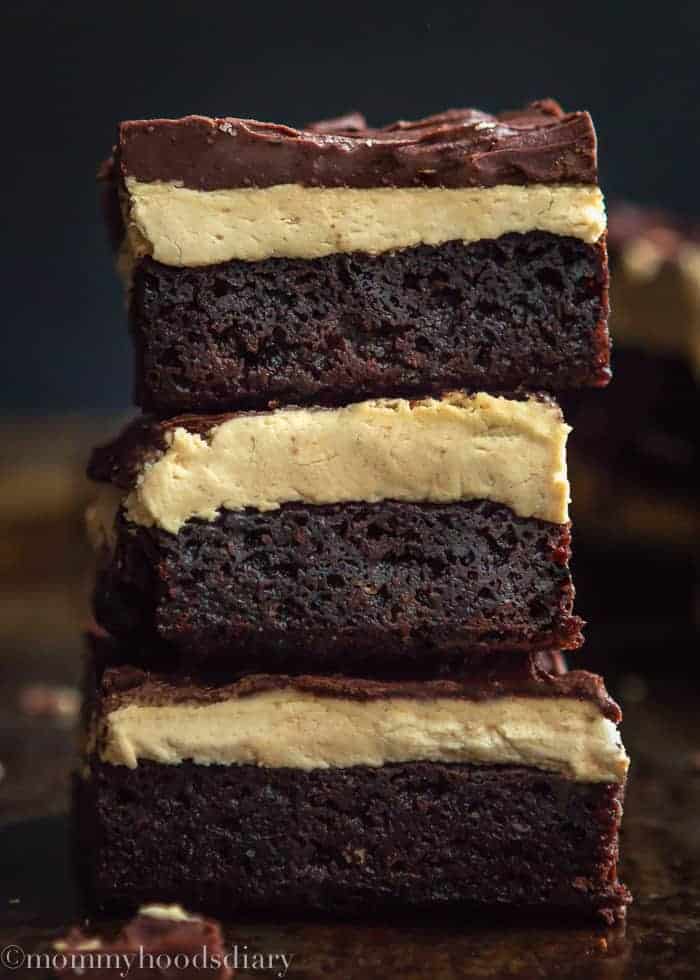 A few weeks ago, my friends at Krusteaz sent me a fabulous packet filled with gluten-free goodies. The mix comes loaded with chocolate chip and it’s pretty convenient when you don’t have time to make brownies from scratch. Due to my daughter’s egg allergy, I substituted the egg, called for on the box, for a mix of cornstarch and water.

Please go make these delicious brownies as one last indulgence before your New Year’s resolution. And don’t forget to grab a glass of milk while you’re at it. They’re devilishly rich. 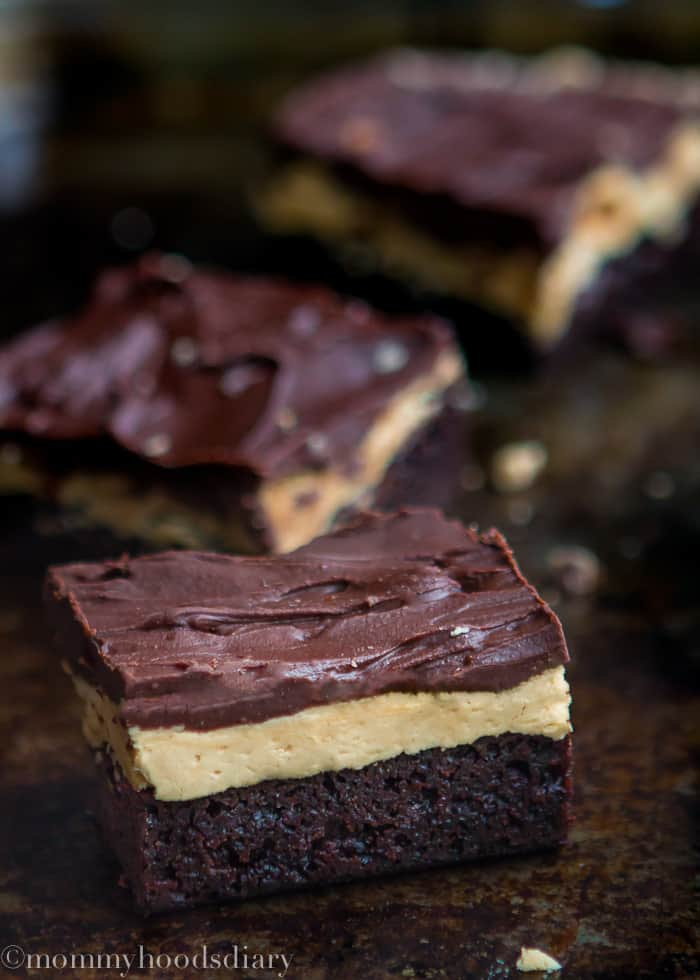 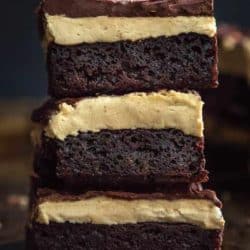 Notes
LOOKING FOR MORE EGGLESS RECIPES?
Rate This Recipe
Did you make this recipe? I want to see your yummy photos!Tag @mommyshomecooking on Instagram and hashtag it #mommyshomecooking or Join my Private Facebook Group
Course Dessert
Keyword brownies eggfree Eggless

Disclosure: This is a sponsored post in partnership with Krusteaz. However, all opinions expressed are my own as always.  Thank you, though, for supporting them and the other brands which help make this site possible. 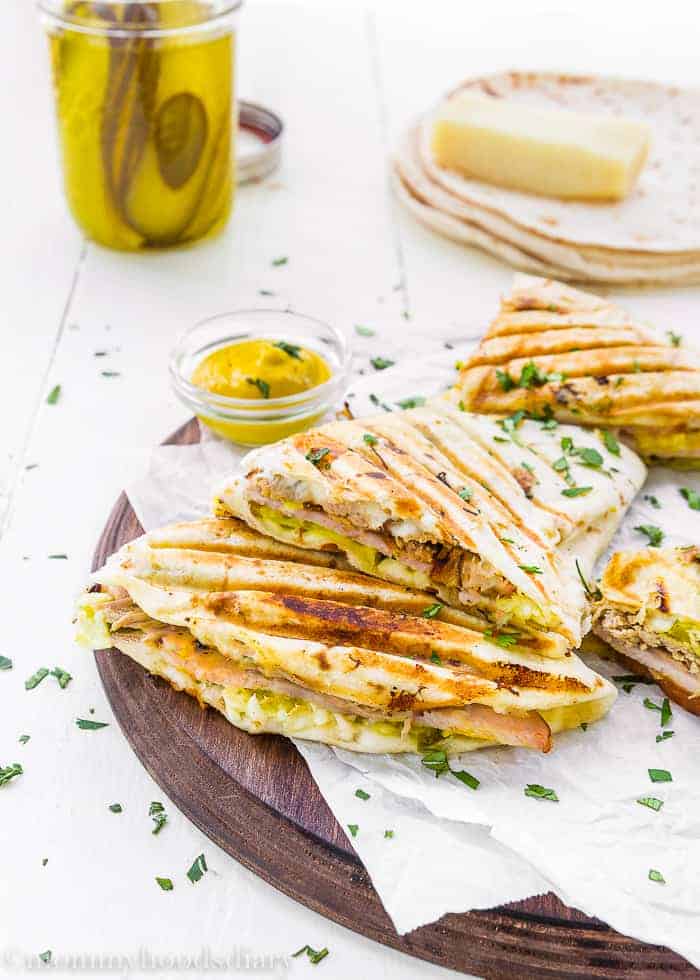 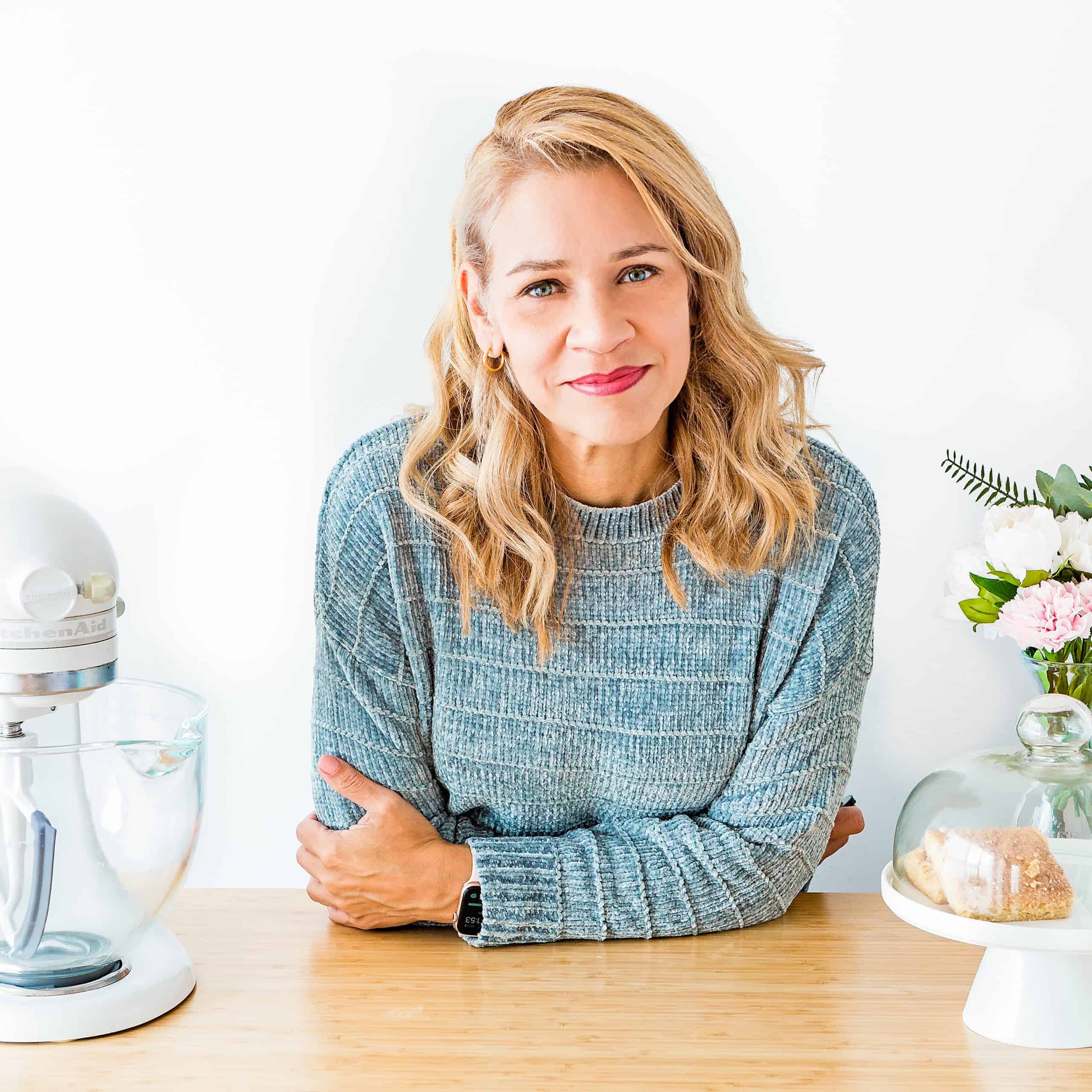 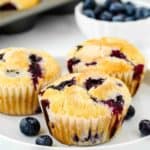 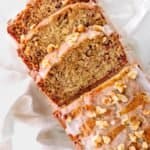 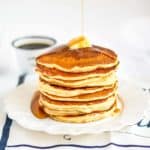 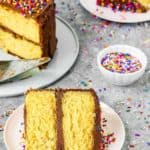